Today let’s start with a true but embarrassing story.  (Come to think of it most of the stories I share with you are embarrassing, but I digress.)

A couple years ago, I was driving and a drunk ran a red light right in front of me.  I tried to brake and/or swerve to avoid a collision, but to no avail.  You know how time slows down at moments like these, right?  Well in that slow motion moment, when I realized I could not avoid hitting him, I thought, “Uh oh, I don’t have my seat belt on, I hope this doesn’t hurt too much.”

The accident totaled my van (mostly because it was old) and bruised me where I hit the windshield and the dash.  I was dazed and confused, but otherwise fine.  In fact, I went on to work and did my shift that night, although I can’t recall how I got there.

The drunk driver tried to flee the scene, but there was a police officer behind me who saw the whole accident (and told me he didn’t think he would have been able to avoid it either.)  He pulled the drunk over and arrested him.

What made the difference?  Was it the fine? Nope, it’s my fear of being pulled over. I am terrified of being “punished” by “authority figures”.  (This has roots in my childhood as you might well imagine.)  So the point of this story is that I am more afraid of “authority figures” than car crashes.  Seriously.

My fear of authority figures is a big problem since I consider a lot of people authority figures.  Doctors, my therapist, leaders in my church, my children’s teachers and, it goes without saying, police officers.   I’m not just afraid of them “punishing me”, I can also become badly triggered when I feel that an authority figure has let me down in some way, or when I fear I have let them down.  Another problem with this: when you are an adult people expect you to act like an adult, having DID and issues with authority figures often made acting like an adult quite complicated.  I hoped in time and with therapy I could overcome these fears and triggers.  Then recently I got an idea for a new strategy. (Something that would help faster!) 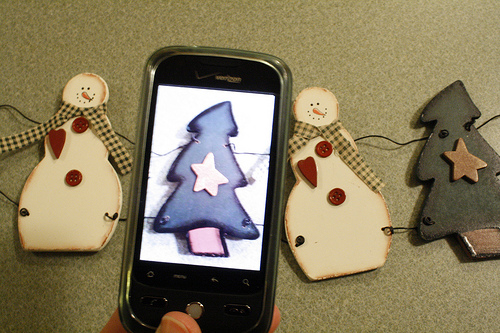 Reframing.  I thought I invented this idea until my friend Laurel told me they use it in Weight Watchers too.  Exact same idea, exact same name,  there goes my brownie points for originality.  Anyway, in case you aren’t in Weight Watchers, reframing is basically changing the way you think about something or looking at it in a new way.

I decided from now on– no more authority figures.

I accept experts and servants,but no more authority figures, after all, I am an adult (at least physically.) No one is my “boss”.

Doctors are experts in medicine and I look to them for advice about my health, but it is my choice to follow their advice or not.  And if they disappoint me, I can change doctors.  Wow, that feels liberating.

My therapist–when I think about it, he has never pushed me to do anything I don’t want to do, or even seemed disappointed in me if I chose not to face something difficult.  I don’t have to please him, or try not to anger him.  Sigh of relief.

Leaders at church–well, they are really servants aren’t they?  I don’t mean servant in the way that a maid is a servant, but someone who is willing to give of their time and talents to help others.  But they also are not my boss.  If they give me counsel, I am free to accept it or reject it.  If I reject it, nothing terrible will happen. (I’m not talking about spiritual repercussions here people, but the fear of a traumatized child.)

Police Officers–well, that one will take some more work. I can tell myself that they are servants, servants of the law, but I don’t think that will calm the fears of my ‘inner children’.  One step at a time . . .

It’s too soon to say for sure, but this really seems to be helping.  I have used reframing for other issues and it is a great coping tool. What about you?  Is there an issue that you are dealing with that you could resolve with reframing?